I had a great time yesterday at the Workshop for Research Software Engineers put on by the Sustainable Software Institute and hosted at the Oxford e-Research Centre. While there, I had an interesting conversation with Ian Gent, writer of “The Recomputation Manifesto”. You should head over to the site and read some of Ian’s articles, particularly this one, as he’s put quite a lot of thought into the topic. The gist of the idea is as follows (apologies Ian for any misunderstandings, you should really go to his site after this one): 1) computational experiments are only valuable if they can be verified and validated, 2) in theory, it should be fairly easy to make computational science experiments, particularly small-scale computer science experiments, perfectly repeatable for all time, 3) in practice this is never/rarely done and reproduction/verification is really hard, 4) the best or possibly only way to accomplish this goal is to make sure that the entire environment is reproducible by packaging it in a virtual machine.

I have a few thoughts of my own on how we can better accomplish these goals after the break. The implementation of these ideas should be fairly simple and basically add up to extending or developing a few system utilities and systematically archiving distributions and updates on a service like figshare, but I believe that the benefits to the cause of improving the reproducibility of computational experiments would be enormous.

Ian has spent some time working with Vagrant, a user friendly front end to VirtualBox (and now some other hypervisors) that allows users to create custom virtual machines from a few standard base VM images. Vagrant has some really nice features, like tracking all of the configuration information in a text file that can be managed through a version control system like git, bzr or darcs. Vagrant also plays nicely with some of the more popular devops configuration management systems (including puppet, chef, and ansible), automatically configures file synchronization between the working directory on the host an VM, and sets up private networking between the host and one or more virtual machines in a collection, so it’s easy to ssh in and make network connections between related machines.

I think that Vagrant is a great step forward in making it easier for researchers to work with virtual machines and integrate them into their workflows, but there are a few more things that need to be done. For one thing, Vagrant is strongly dependent on the VirtualBox “Guest Additons” to interact with the hypervisor from the VM. There is some support for different providers now, but Vagrant treats each of these as a special case. Really, there needs to be some standardization of this interface, so that the same VM image can be reliably instantiated on any hypervisor and work with tools like Vagrant transparently.

Another problem is that just virtualizing your experiment doesn’t necessarily make it easier to understand your methodology. You can create a VM blob and archive that, even upload it to figshare or a similar service, register it with DataCite and give it a DOI, and that would at least solve the problem of re-running the same experiment (for reasonably tractable experiments anyway), but it would still be hard for others to know exactly what was done to prepare the environment (you could have been hacking binaries with a hex editor for all we know). It also suffers from the problem that it requires researchers to pass around lots of mutli-gigabyte blobs that contain mostly-redundant data. A much better plan is to start from a standard base image and then script in all of the configuration and build steps (possibly within your Vagrantfile).

Unfortunately, current operating system distributions haven’t been designed with the idea of making it easy for researchers to create and archive experiment environments in mind. For example, starting from the precise32.box base box, it’s perfectly reasonable to want to install some additional system software (particularly build tools if you need them to compile source code), but “apt-get update” will always get the latest software packages, and using updated software could cause your experiment to build or run differently than it did before. Neither Debian nor Ubuntu guarantee that every version of every software package will always be available, making it necessary to keep your own versions in a repository, which adds to complexity and overheads.

My idea is to archive full repository images at certain points in time so that they have a DOI (or some other permanently reference-able handle or permalink if DOIs seem inappropriate). Weekly or monthly updates could also be generated and given their own DOI. These updates would not need to be full mirrors of the repository, but could just contain primarily software packages that had been changed since the last update. The updated software catalog could refer to previous update DOIs or the base repository DOI for packages that hadn’t changed. In the end, the implementation of this idea would entail some changes to the procedures for archiving software, and some extensions to apt-get (or yum or yast) to work with DOIs instead of URLs. The payoff would be that users of tools like Vagrant would be able to specify a specific version of an operating system at a specific moment in time, forever, by simply giving the correct DOI in their configuration (Vagrantfile or similar). It could be done by interested parties (e.g., academics) independent of the distribution providers, but there are questions about who would pay for storage and access, and keeping everything reasonably up-to-date, so perhaps it makes the most sense to approach the providers and get support there. It really wouldn’t add very much complexity to their existing processes.

One other idea I have is to extend tools like vagrant to better support a paradigm of “builder VMs” and “worker appliances”. Basically, setting up an experiment might require various specific versions of different tools, particularly compilers, linkers, etcetera, that take up quite a lot of space. These tools need to be downloaded from a specific version of a repository and instantiated within a VM in order to replicate the required build environment, but aren’t needed to actually run the experiment. Instead of downloading everything needed for a fully-interactive operating system complete with build-tools onto the experiment-running VM, and then possibly distributing this multi-gigabyte image to a cloud back-end, it makes a lot more sense to install the build tools on a local-machine VM, and use this local VM to create a minimal virtual appliance to actually run the experiment. Ideally, this appliance should have only the code and data needed to run the experiment, and could even be stripped of things like the standard shell utilities and login tools. This would minimize both the size and complexity of the resulting VM used to run experiments.

I’m going to try to move forward on implementing some of these ideas over the next few months, but I have classes to teach and papers to write, so it might take a little while. If anyone wants to help out, or has some suggestions for a better approach, then please email me or drop a comment below. 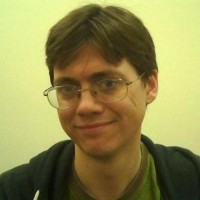